HISTORY OF THE MUSEUM

The National Museum of History was established in 1965, for the preservation, conservation and presentation of our Country’s cultural wealth. It started as an out growth of the National Archives situated at the Carnegie Library from a personal collection of specimens of Captain Archibald T.W. Webb who was the first curator from 1964 to 1968. The museum was then a multipurpose hall which housed the natural history, history and ethnological sections.

In 1982, the National Archives was transferred to a new location and the National museum was allocated the whole building. 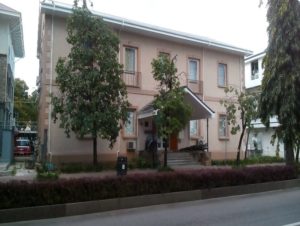 In June 1994, the history and ethnological sections moved to one of the most prestigious traditional style building situated in the State House Avenue. Built in 1902, by Sir Ernest Sweet Escott the Building was used as Secretariat for the Sovereign Colony of Seychelles until 1934. The National Museum of History was officially opened on 17th June 1996, following renovation work on the building which was financed by Barclays Bank. 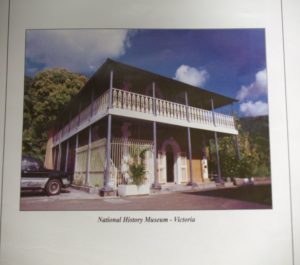 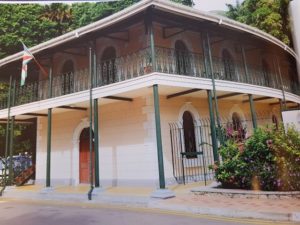 Built in 1902, by Sir Ernest Sweet Escott, the building was used as Secretariat for the Sovereign Colony of Seychelles until 1934.  Since then, different government departments; the Magistrate Courts, the Victoria District Council and the National Library have occupied the building. Presently, the building is the office of the Mayor of Victoria.  In January 2004 the Museum was transferred to the National Art Gallery situated on the ground floor of the National Library Building at Francis Rachel Street which is also called the National Cultural Centre. 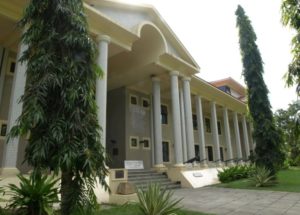 The National Cultural Centre was officially opened in 1994. It is situated on Francis Rachel Street opposite the building of Cable & Wireless and the Kenwyn house.

It also housed the Culture Division, the National Assembly and the National Archives. It was also a place that served to host several exhibitions based on various aspects of the historical and cultural heritage of Seychelles.

In December 2017, the museum was transferred to the Ex Supreme Court building situated in Victoria.